Skip to content
Blue Ribbon Days! Take 50% off installation labor on LeafGuard® Gutters & GAF Asphalt Shingles
Blue Ribbon Days: Take Up to $1000 off an HSI Dream Deck*
A Message Regarding Coronavirus (COVID-19)
Storm Alert: If your home in Iowa has suffered hail, wind, or any type of storm damage, it’s vital to have a professional you can trust. Turn to HSI.
Start Your Skilled Trades Career HERE. We’re Hiring!
Understanding The Best Time To Replace A Roof

Understanding The Best Time To Replace A Roof

The Big Question: When Is The Best Time of Year To Replace A Roof?

For the majority of homeowners, replacing a roof is only done when they have experienced storm damage. However, if you’re able to take the time to have a roof replacement without making a last-minute decision, it can be confusing as to what time of the year is best to replace a roof. The busy time for roofers falls between late summer and early fall but in reality, the best time to replace a roof is spring/early summer. These seasons are best because the rain has stopped or slowed down and the extreme heat of summer hasn’t set in.

The only downside of replacing your roof during this time is a lot of other homeowners are also trying to do the same as well. Timing can become harder but with a reliable contractor, scheduling shouldn’t be an issue. If you are unable to replace a roof during these seasons, there are opportunities in the other season to install a roof. 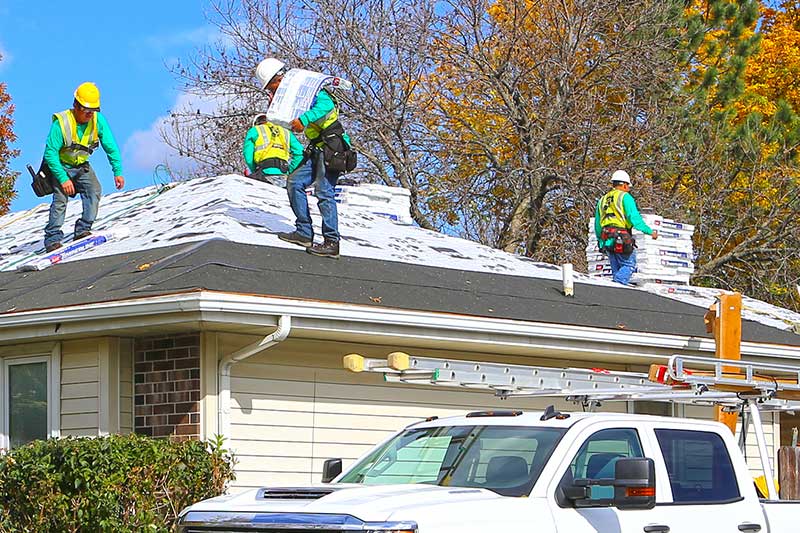 Replace A Roof In Winter?

It is possible to reshingle a roof in the dead of winter here in the midwest. Roofing contractors have few issues installing a roof during the extreme heat of summer but during winter temperatures, shingle manufacturers specify a certain temperature for application. When temperatures drop below 40 degrees, replacing a roof can become problematic. Insufficient heat or sun exposure prevents the roof from sealing correctly. It is always important to ask questions to your roofing contractor first.

Choose HSI For Your Next Roof Replacement

Our roofing staff has over 12 years of experience installing in all weather conditions we experience here in Iowa. It can be difficult to know what steps to take when considering a roof replacement. We will work with you every step of the way to ensure that you are getting exactly what you want and need. Our GAF Asphalt Shingles are the best for Iowa homeowners and provide greater peace of mind. Contact us today to get set up with a free estimate.

Can Clogged Gutters Cause a Roof Leak?

Looking For Your Next Roofing Contractor?

Taking It Way Back: How The Invention Of Gutters Changed Homes